October in Berlin is magical. As the days get shorter and shorter, the capital shines brightly after dark for almost three weeks in the most beautiful colours. The leaves also slowly change colour and create a special atmosphere. In addition to the beginning of autumn, you can look forward to many major events this month.

October at a glance

This autumn it will be doubly magical in Berlin: When the festival Berlin leuchtet  and the Festival of Lights start in October, the whole of Berlin will be transformed into a shimmering sea of lights. Impressive light stagings set the scene for Berlin's landmarks, streets, squares and neighborhoods.

More information about the Festival of Lights

On 3 October we celebrate German unity - and this year particularly consciously, as the wall fell on 9 November exactly 30 years ago. A street festival will take place on the Straße des 17. Juni, directly at the Brandenburg Gate, the landmark of German unity. A large museum festival for the whole family also takes place in the Tränenpalast.

And the Hoppegarten racecourse invites you to the Race Day of German Unity, the highlight of the racing calendar.

When: 3 October
Where: Street of 17 June, Mitte

More information about the Day of German Unity

The television tower, Berlin's landmark visible from afar, celebrates its 50th birthday with a big party. Berliner Rundfunk broadcasts from the viewing platform, mascot "Tomi" entertains the little ones - and many prizes await you in Tombola.
By the way: under #thattoweragain you will find the coolest pictures of the birthday child on Instagram.

When: 3 October
Where: Television tower, Panoramastrasse 1a, Mitte

More information about the anniversary

For all gourmets among you: Berlin is once again falling into food fever for a week this year. The Food Week events offer you a platform for culinary, cultural exchange and diversity. Find out more about the latest food trends, take part in cooking courses or feast on the food offered by the Food Trucks in the House of Food.

More information about the Food Week

For 4 days  international musicians and bands fill your ears with music. The Haus der Berliner Festspiele opens its doors for the start of the  Berlin Jazz Festival. The sounds of jazz music can also be heard in many other places in Berlin next to the main venue. The focus will be on international encounters and exchanges, and this year you will hear many new voices at Jazzfest.

More information about the Jazzfest

An exciting theatre evening awaits you, the production is already being regarded as the highlight of the theatre season.

When: Premiere on 9 October
Where: Friedrichstadt-Palast, Friedrichstraße, Mitte

More information and tickets for the play

Oktoberfest is no longer just a Munich thing: Berlin is also joining in on the fun. So put on your dirndl or lederhosen and head out to Oktoberfest season in several locations around the city. Whether at the original Paulaner tent in Reinickendorf, on the Spreewiesn in Friedrichshain, or in the middle of the city at the Alexanderplatz beer garden, the capital is embracing the spirit of Oktoberfest. All with swaying to brass music, drinking beer, and eating pretzels, of course. The rides at the festivals and family days on Wednesdays also invite families to become part of the fun.

When: all of October
Where: various venues

For seven days, everything revolves around design when designers, curators and artists search for new approaches and paths in design. And in keeping with the 100th anniversary of the Bauhaus movement, the Berlin Design Week has the motto "Influenced 100" and explores how the influences of the Bauhaus affect contemporary design. 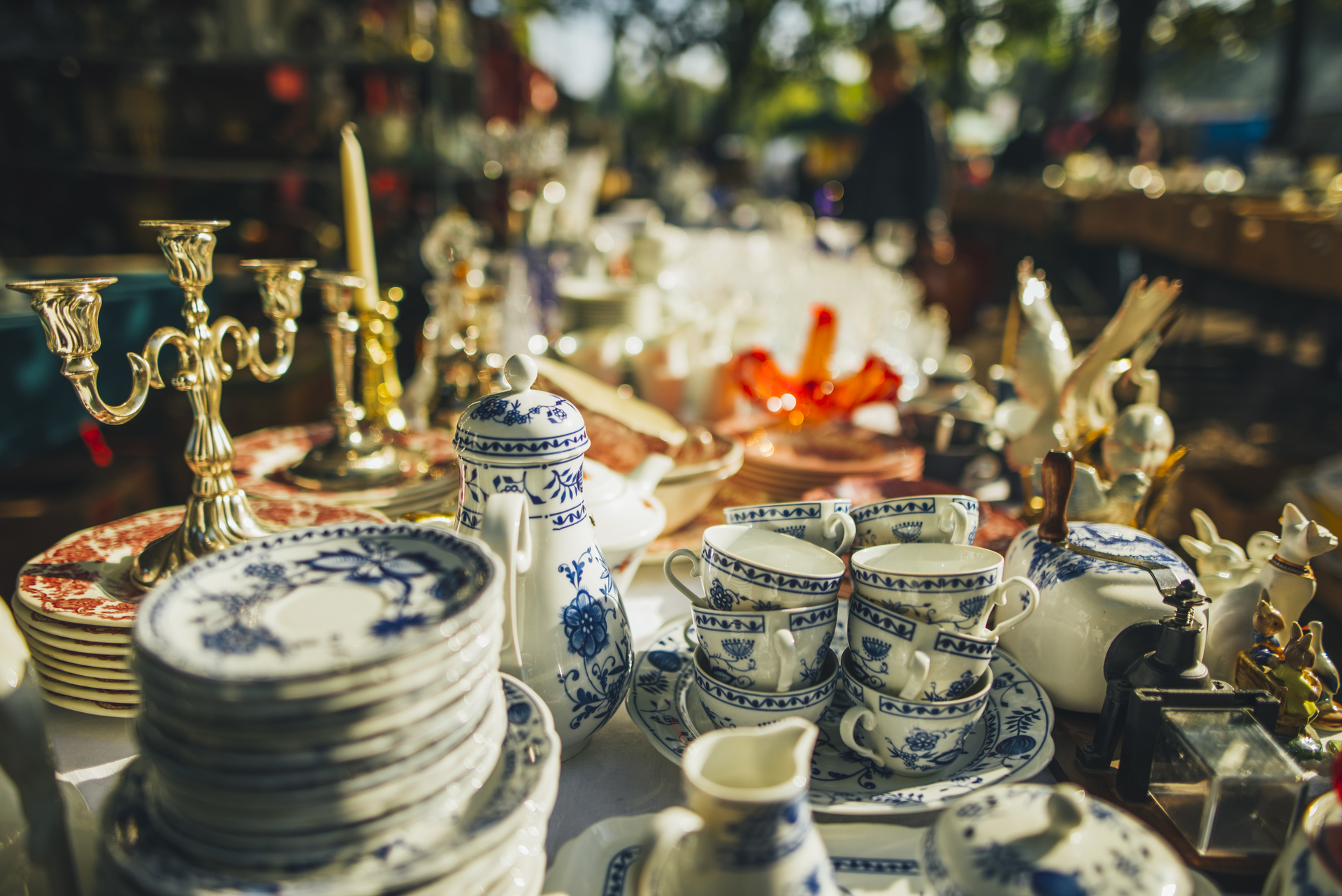 Stroll, browse and shop: At the giant flea market at the Karlshorst trotting track, you're sure to find what you're looking for. Around 700 dealers offer their goods, including antiques and design, books, beautiful things for home, second-hand fashion and much more. Maybe you'll even find something in Bauhaus style ...

More information about the flea market

Take a look at various mosques and gather personal impressions when Muslim communities open their doors nationwide at the TOM on 3 October. You will not only be able to discover the premises at the Open Mosques Day, but also get to know members of the congregation and exchange ideas with them. There will also be exhibitions, guided tours and lectures. You are also invited to dinner.

When: 3 October
Where: various venues

Tip 11: Fighting for Visibility. Women Artists in the Nationalgalerie before 1919

Another anniversary: 100 years ago, the first woman began her studies at the Berlin Art Academy. Reason enough for an exhibition about the female painters and sculptors who, despite all the obstacles, managed to be included in the National Gallery's collection. In addition to the artist Käthe Kollwitz, who is still well-known today, the exhibition also shows lesser-known female artists and invites you to discover their works anew.

More information and tickets for the exhibition

Exclusive tips for golden autumn days are provided by Lucas Hurtado, concierge at Park Inn by Radisson on Alexanderplatz in Berlin.

For even more event tips you can always click through our event calendar.

Read more about this topic.